Getting Creative in Peru 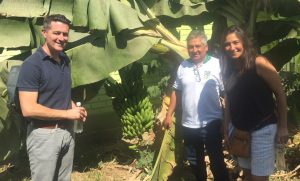 The Community Ideas Factory (CIF), a collaborative SSHRC-funded research initiative between Sheridan College and the Oakville Community Foundation, utilizes the principles of creativity and community-based problem-solving to engage beneficiaries and front-line workers in the identification and development of ‘fundable solutions’ for philanthropy.  To date, the project has given rise to more than $150,000 in funded projects in philanthropy. And word of the initiative’s success has gotten out! 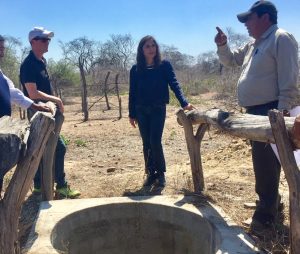 This past year, CIF project director, Dr. Michael McNamara of Sheridan College, was invited to Peru to discuss the Community Ideas Factory.  During the course of his trip, Michael met with numerous officials in Peru, including the Director General of Education in Olmos, as well as staff and students at the Instituto de Educacion Superior Tecnologico Publico Olmos, in the province of Lambayeque, Peru.  Over the course of several days in Olmos, Michael demonstrated the methods and tools used in the CIF project and helped the team from the Instituto Tecnologico in facilitating their own engagement and problem-solving workshops within the community.  The results of this trip:  A series of new project concepts in Olmos, as well as promising opportunities for future collaborations between Olmos and Sheridan College.