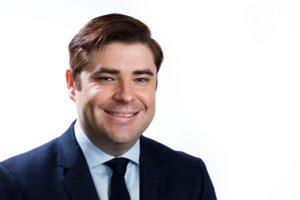 Prof. Brandon McFarlane (Creativity and Creative Thinking) has been busy this term! As Sheridan announced on November 5, McFarlane won a $240,000 Community & College Social Innovation Fund from SSHRC to bring Sheridan’s creative problem solving skills to festivals in the local arts community. McFarlane has organized an eclectic group of people to work on the project: “Mobilizing Social Innovation to Train the Next Generation of Theatre Entrepreneurs.” The project is a collaboration between Sheridan community members and the Toronto Fringe Festival. As a community, we are striving to make cultural and professional development opportunities more accessible to the next generation of creative leaders.

Fringe’s ethos is “Theatre for the People, By the People” and Sheridan’s is “Get Creative.” In response, as Principal Investigator, it was imperative that Professor McFarlane involve student research assistants representing both business and arts programs. As such, Sheridan students have busied themselves this term generating both creative work and new publicity for the project. Sheridan student Brittany German (BA, Creative Writing & Publishing), for example, has worked as a “Creative Documenter,” writing copy and promotional text for the project, including this article.

At the Toronto Fringe Festival this past summer, McFarlane collaborated with clown performer Alexandra Simpson (Upstream Downtown) and theatrical improvisers Allan Turner and Christopher Hedrick (A Kev ‘n Cal Mystery) to deliver a creativity workshop at Postscript, the Toronto Fringe Festival’s social common space at the intersection of Bathurst and Dundas. McFarlane used creative problem-solving tools like Forced Connections to introduce Fringe Festival artists and audience members to creativity training, while the comedic performers modelled the techniques “clown-style,” bringing a hilarious spontaneity to the exercises.

Matthew Wong (BA, Applied Information Science) and McFarlane also visited The Fringe’s TENT program this summer to try out CPS methods on aspiring theatre entrepreneurs. Wong designed and facilitated an innovation workshop for 20 TENT participants. They designed a workshop preparing a new cohort of impresarios for future theatre innovations. One of the goals of the Social Innovation grant is to obliterate the perceived barrier between business and art, and to this end the project partners with TENT to train young artists to locate funding, manage their budgets, and promote their own work. Thanks to Wong’s expertise, emerging theatre entrepreneurs are publicizing their talents and working towards establishing models for fiscal sustainability for independent theatre.

Kayden Chan (BA, Illustration) created a new logo for McFarlane’s Creative Humanities projects. Kayden was able to boil down the key elements of this project to arrive at an abstract logo in pastel colours, encapsulating the friendly attitude and whimsical spirit of the project. The moveable pieces can geometrically form a C and an H, figuratively creating a community of different people; a vision of Sheridan, TENT, and the project.

Captured in a Picture:

Sheridan Bachelor’s of Photography student Kate Dockeray had the opportunity to observe and photograph the project’s collaboration with TENT this summer. Kate’s photos successfully captured the symbiotic relationship between entrepreneurialism and artistic ambition. These photographs are now on display, magnified in high resolution on the walls in the southern stairwell of HMC’s B-Wing. Kate’s work encapsulates the playfulness of the project: in one of the photos, McFarlane blows bubbles with a troupe of clowns; in another, TENT students play with toys as they consider business decisions. Students and faculty who have taken CPS workshops here at Sheridan will immediately recognize the starring role played in the photographs by a set of colourful post-it notes! If you’re not teaching at the HMC campus, see a video produced by Steven Grabell (BA, Film & Television) that features Kate’s contributions to the project: http://creativehumanities.ca/tent-photo-exhibit/

In order to answer important questions about how TENT could be expanded and made more accessible, FHASS faculty have conducted a series of CPS facilitations this Fall with Fringe Toronto partners. Orchestrated by Professor Michael McNamara (Faculty Lead Facilitator) and his research assistant Victoria Webb (BA, Business Administration Marketing), each facilitation has focused on one important question. CPS activities induce creative and critical thinking by masking it with intellectual games. And as expected, colourful sticky notes have once again played a prominent role. The dynamic McNamara-Webb duo is supported by a team of ‘trained brains’ who have honed their CPS chops in FHASS’s Board Undergraduate Certificate of Creativity and Creative Problem Solving: Sandra Ghobrial (BA, Business Administration), Anthony Marcelino (BA, Business Administration), Lexy Pakenham-Trot (BA, Film & Television), and Shanil Patel (BA, Interaction Design). 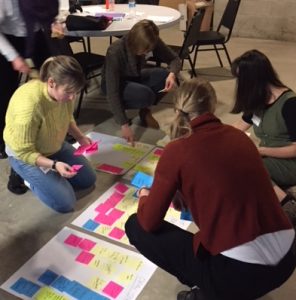 Participants from CAFF get into it with the Post-its. Photo: Jennifer Phenix

Every July, over 160 independent theatre companies and thousands of patrons participate in Toronto’s Fringe Festival. At the moment, the TENT program is free for participants, but Fringe only has the resources so accept 20 participants per year. These facilitations are vital to developing a plan for expanding the project while achieving sustainability.

It can be hard at an 8am session to get your brain working like it should, but the energy of the facilitators, the CPS activities, and the coffee gets everyone moving. At the first facilitation, the project outlined our challenge question: How might we assess the impact of TENT?

Members of the Creative Humanities research project joined forces with Toronto Fringe representatives Tom Arthur Davis (TENT Program Director) and Lucy Eveleigh (Executive Director) and created personas to measure the impact TENT might have on its different audiences. They were able to use the personas to outline the varying needs of the diverse populations who might benefit from TENT.

This time, the challenge question was: How might we enhance accessibility to networking opportunities for TENT participants? With the help of a CPS activity called ‘Why? What’s stopping you?’, participants used a tree-shaped diagram to help them move from general to more specific questions. Once the specific questions are answered, they can be traced back down the tree to help provide answers the umbrella question.

What will they do next? Will sticky notes be involved?

These challenge questions are difficult in their nature, but with a devoted group of educated students, faculty determined to excel, and theatre businesses striving for success, no doubt the answers will be found.

Trainer of Leaders, Maker of Smiles 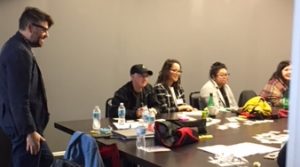 The Sheridan-Fringe collaboration not only seeks to produce capital ideas but also human capital. Enter Prof. Jennifer Phenix (Humanities) who is maximizing the project’s professional development impact for Bruins and the broader theatre community. Phenix, Paola Di Barbora (Project Manager, BA Craft & Design 18), and McFarlane choo-choo’ed to the annual meeting of the Canadian Association of Fringe Festivals (CAFF) in Windsor. Phenix led a CPS workshop and facilitated the generation of just over 600 novel ideas that promise to boost the audience for 31 Fringe festivals in Canada and the United States of America.

And keep www.creativehumanities.ca bookmarked, for Phenix is working with student-collaborators to share professional development reflections and produce top-notch submissions to the SSHRC Storytellers competition. With Phenix’s guidance, we envision a cohort of award-winning Sheridan students travelling to Congress 2019 in Vancouver for a week’s worth of research training. Phenix is modelling how creative leaders are driven to boost the talent of their collaborators—in the decades to come, phoenixes will rise across North America as student researchers bring their newfound powers to the creative industries.

Prof. Glenn Clifton (Creative Writing) takes centre stage in the Winter semester. Clifton will work with Davis, research assistants, and the theatre community to generate new curriculum for TENT. Let us hope that, come spring, he does not “exit, pursued by a bear.”

Getting Creative in Peru
From the Dean’s Office