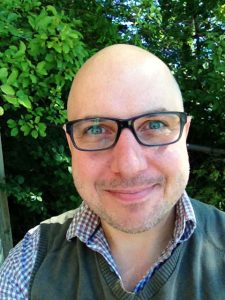 Alchemy would like to extend its congratulations to Christian Knudsen, Professor of Cultural History, whose article “Gendered Penance and Monastic Sexual Misconduct” was translated into French for a book entitled Enfermements III. Le genre enfermé. Hommes et femmes en milieux clos (XIIIe-XXe siècle). The article will be available to Alchemy’s Readers in Sheridan’s SOURCE later this year, but you can read the abstract below:

While the requirement of celibacy was important for both monks and nuns – it is the former which traditionally received more notice from ecclesiastical authorities. Indeed, while fornication of any sort was condemned by the medieval Church, fornication with a nun was classified as one of the maiora crimina which incurred the highest ecclesiastical legal condemnation. However, while legislative sources emphasize the culpability of the sexual partners of nuns, they tell us very little about the degree of guilt attributed to the nuns themselves, and the punishment assigned to them. Similarly, although the physical chastity of monks was de-emphasized in comparison to nuns in monastic writings of the later Middle Ages, it was still expected of them. In this essay, I will demonstrate that although ecclesiastical discourse treated fornication seriously – particularly fornication with a nun, ultimately, the consequences of sexual misconduct were not particularly severe for either sex. Moreover, despite the greater weight legislative sources place on female chastity, the types of penance allocated to religious men and women were remarkably similar. However, despite being accused less, nuns were far more likely to be convicted of sexual misconduct and be allocated penance as a result. This discrepancy seems to be the result of a greater difficulty for women to clear themselves by compurgation which could be negated by affirmative evidence such as pregnancy.