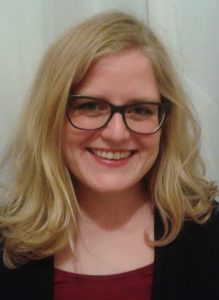 In January, FHASS professor Jessica Carey participated in a roundtable panel discussion at Concordia University, attended by both students and the public. The inaugural event for Concordia’s new interdisciplinary Society, Politics, Animals, and Materiality Centre (SPAM), the roundtable’s focus was “Multispecies Publics: A Panel on Animal Studies and Posthumanism in and Beyond the University.” The panel included three talks, each discussing different strands in the emerging field of critical animal studies: visual art, the law, and cultural politics. Representing the latter, Jessica’s talk was titled was “Veganism and the Politics of Nostalgia”. Jessica presented her recent research on the role of nostalgia and collective memory in both meat/dairy-oriented and vegan/vegetarian media. This work originated in a presentation for Sheridan Creates in 2015, and was recently published in the anthology Critical Perspectives on Veganism (Palgrave Macmillan, 2016). The roundtable was well-attended and inspired an exciting exchange of ideas! Congrats on your hard work, Jessica!