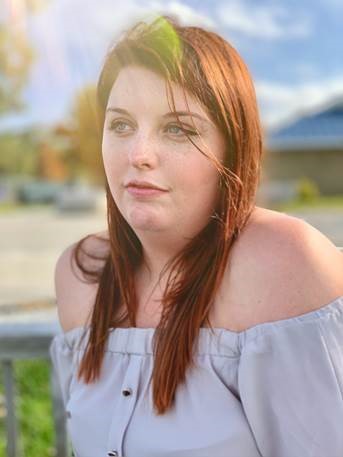 Carly Williams (BFTV, 2018) has developed an epic love for the classic story of Troy, thanks in large part to the work she did with Prof. Jennifer Phenix in Jennifer’s Fall 2017 section of LITT20065GD: Troy in Literature and Film. Building on her final paper in that class, Carly presented her research at the SCMS (Society of Cinema & Media Studies) Undergraduate Conference at Wilfrid Laurier University in April 2018, and will present the latest version of the project, entitled  “Achilles: The Homeric hero of the Iliad of Homer and Wolfgang Petersen’s Troy–Adapting the character through the centuries” at the upcoming International Conference on Film Studies: “Identity, Projection and the Other,” in London England, in February 2019.

Carly is a well-rounded independent filmmaker from Toronto, Canada who has a passion for storytelling. Her films span across a number of genres, including experimental and drama, addressing themes of mental conditions from melancholy, grief and bereavement. She believes that film theory is just as important as the technical film practice, and loves sharing her knowledge with both her peers, and the next generation of filmmakers.

In addition to making her own films and attending conferences, she also works in the film industry as a camera assistant and an Equipment Room Coordinator in the Faculty of Animation, Arts and Design at Sheridan.