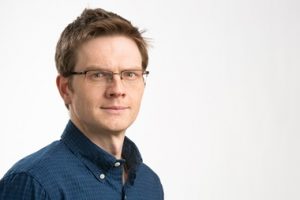 Prof. Marcel Nelson recently published an article titled “Walking the Tightrope of Socialist Governance: A Strategic-Relational Analysis of Twenty-first-Century Socialism” online in the journal Latin American Perspectives. The article will appear in an upcoming thematic issue of the journal that appraises the legacy of the “pink tide” governments in Latin America in view of the recent election of right and far-right governments in the region.

Employing Nicos Poulantzas’ strategic-relational state theory, Marcel’s article examines the challenges governments face with respect to pursuing a project of socialist transformation while simultaneously having to manage capitalist economies. With a focus on the specific experiences of “pink tide” governments in Ecuador, Bolivia, and Venezuela; he mobilizes Poulantzas’ metaphor that such a process involves “walking a tightrope” between doing too much to existing politico-economic forms in a short period of time in a way that might induce severe crises and not doing enough to alter them. He argues that the continued reliance on key export sectors that remained highly integrated in global networks of accumulation played a significant structural role in constraining the scope of the political projects pursued by the “pink tide” governments in all three countries. Furthermore, that any process of transformation should be buttressed by a substantive democratization of state and society, which was a strategy that each government in question employed variably and with different degrees of success. In the end he concludes that such democratization does not guarantee success, but simply provides a wider berth for progressive governments to pursue change and manage potential crises.