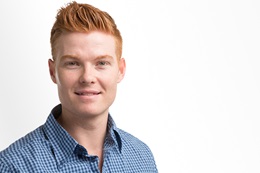 The “Generous” Absentee Landlord – An excerpt from Rory Sommers’ PhD dissertation, “Governing Incivility: An Ethnographic Account of Municipal Law Enforcement, Urban Renewal and Neighbourhood Conflict in the City of Hamilton”. Rory successfully defended his dissertation at the University of Guelph in November 2016.

On a Saturday evening in early July, two of Hamilton’s municipal law enforcement officers received a special request from the Hamilton Police. After arriving at the downtown property, the municipal law enforcement officers were informed the Hamilton police had responded to a call from a landlord who had accused his tenant of doing some “unauthorized renovations”. The landlord accused the tenant of tearing down large sections of the ceiling and floor of the main floor of the large Victorian-style house. While the police had calmed the tension between the landlord and tenant, the responding officers believed that in the process of removing parts of the floor and ceiling the tenant compromised the rear structure of the house. Despite the fact the responding municipal law officers were not trained building inspectors, they agreed to do a walkthrough of the house in order to assess the extent to which the renovations may have compromised the stability of the house. Walking around a large pile of floor tiles blocking part of the front entrance it was immediately apparent the renovations (or, more accurately, the demolition) had caused considerable damage to the already worn structure of the house and had exposed bare roof joists and weather soaked plywood. Prior to entering the home one of the officers also pointed out to me the small “rooms for rent” sign that had been crudely nailed to the top of the front porch. Voicing concern for the small child’s bed that was covered in dust from “renovations”, the municipal law enforcement officers requested the landlord inform them of how many tenants lived in the house. After about ten minutes of banter that had little to do with the original question, the officers decided to do a “full walkthrough” of the house to assess if the landlord was operating an illegal rooming house. While the landlord was insistent that he had “told the City what he was doing with the property”, the officers insisted on completing an inspection.

As we took the assent up a wide hardwood staircase, it became clear the physical disarray and makeshift renovations in the downstairs were just a preview of what was to come. By the time we arrived at the top floor one of the officers alerted me to numerous property standards and building code infractions including a broken window that was missing its screen and a light fixture that was missing its hardware and that had exposed wires; this was accompanied by a scattering of garbage on the stairs and second floor.

As predicted by the officers, the upstairs was home to one bathroom and four bedrooms, each of which had an exterior door lock. As standard procedure in these investigations, the officer proceeded to knock on each door in order to assess if they were presently occupied by tenants.  Despite the flash of lights coming from under the first door (most likely coming from a television), no one answered. However, the knock did get the attention of a tenant who lived across the hall. Seemingly unaware of the potential illegality of her single room dwelling, she proudly gave the officers a visual doorstep tour of her room, mentioning several times that she had a television and a radio. Modestly decorated, noticeably cleaner than the rest of the house and located in a part of the home that officers felt was safe given the downstairs demolition, the tenant discussed in detail how great her landlord was and how if it was not for him, she did not know where she would live. She went on to explain that her $200 per month rent allowed her a decent quality of life and allotted her enough money to “decorate her room”. An inspection of another room in the dwelling revealed a tenant with a similar story. Both tenants mentioned that they could not afford to pay any more than their modest rent and were thankful for their landlord’s generosity.

Satisfied the downstairs dispute had been settled, the officers returned to the front lawn to share notes and decide the appropriate next steps. After a lengthy discussion about the condition of the property, a consensus was reached amongst the police and municipal law officers that while they could not imagine living in such conditions, the tenants were at least safe. Prior to leaving the property, the municipal law officers also informed the police how they would initiate a more thorough investigation into the properties potential zoning infractions during the following week.

Later on that evening, the officers discussed several of their previous experiences with similar types of properties. As difficult as these types of investigations were, the officers both agreed that pursing a furthering inquiry into the zoning of the property we visited earlier in the night was appropriate given the conditions inside the common areas of the house. As one of the officers noted, if the property was in fact violating its zoning, the tenants would be given adequate time to find a new place to live.

Drawing on data collected from over 600 hours of ride-alongs with 18 different municipal law enforcement officers and 20 semi-structured interviews with City planners and municipal law officials, my study demonstrated the complexity of upholding municipal law in the socio-economically diverse City of Hamilton and the important role officers play in managing neighbourhood conflict. The investigation described above, although unfolding over only two hours, highlights several of the themes that appeared throughout my research. As a starting point, no matter whether officers were enforcing laws regulating property standards, nuisance, business and taxi licensing or zoning, each of these local regulations are inherently complex. For example, Hamilton’s comprehensive zoning by-law, which defines permitted and non-permitted land-use, (the central focus of the investigation described above) has been consolidated into a 216-page document. The original zoning by-laws (2100 pages of permitted and non-permitted uses) that governed land-use in pre-amalgamation Hamilton still hold legal precedence. Given the “use” based regulatory power of zoning restrictions, one might think these laws are straightforward to enforce; but in the City of Hamilton, the opposite is true.  The challenge for officers is not so much establishing if a violation has occurred (for example, a rooming house located in an area zoned residential is a clear violation of the zoning by-law), but rather if the law should be enforced given the circumstances. As the investigation described above highlighted, this is particularly challenging in housing-related violations where single-family dwellings had been converted into rooming houses. The decision whether to enforce these zoning restrictions is further complicated by City efforts to rejuvenate the downtown core while attempting to accommodate for those residents relying on low cost housing.

The narrative described above also demonstrates the important role that municipal law enforcement officers play in mediating conflict within neighbourhoods (at times between landlords and tenants). This is not to suggest that the law itself does not matter. On the contrary, the majority of complaints the City of Hamilton received were legitimate and were grounded in a violation of one or more municipal laws. Less obvious in the investigation described above, but equally important to my research was the logic that influenced the prioritization and enforcement of different municipal laws.  For the officers working on the Saturday evening described above, the goal was to manage municipal law-related disputes and ensure the safety of Hamilton’s economically marginalized. Important to my study’s findings, ethnographic observations suggested the way in which officers manage these disputes was often more dependent on the micro details of the investigation. This may include, for example, the type of complaint or demeanour of the parties involved, as opposed to broader City objectives. This is not to suggest that enforcement practices are not shaped by the logic set by management. In some cases they are, particularly when investigating a complaint uncovers a public safety concern.  In this regard, while my research found that the enforcement of some municipal laws, for example property standards, do help improve the physical aesthetics of the City, thus contributing to Hamilton’s broader renewal agenda, a significant portion of enforcement aimed to manage neighbourhood conflicts and ensure the health and safety of vulnerable and marginalized sections of the population (similar to the excerpt described above).